Australian Rail Maps - About Us

We partner with Ezoic to deliver best website performance, security and experience.

You can advertise on this website by contacting Ezoic. Check out website traffic details and advertising contacts here.

On June 23 1996, Australian Rail Maps went online for the first time. With great 1990s features such as a hit counter and a colour pallete from Jupiter, it was pretty primitive by today's standards, but in 1996 the web was more of a curiosity than an essential part of life.
The whole thing was at first just a hobby that started out of frustration at the difficulty that so many Australians and visitors had understanding and using public transport. Unlike other transport modes, public transport was highly fragmented across the nation with numerous operators, each with their own fare and ticketing systems, booking agents, web sites, technical and other practices. For the average consumer it was a mysterious and daunting task merely to travel outside his or her own region. There had to be a better way. So an individual crusade began. The mission was to make the complex simple and to remove the obstacles of obscurity and mystery for everyone considering travelling Australia by train, bus, tram and ferry.
The first maps in 1996 were crude and inelegant, but they did bring together in to one place information on all the nation's passenger trains. Here was the home page from the first few years... 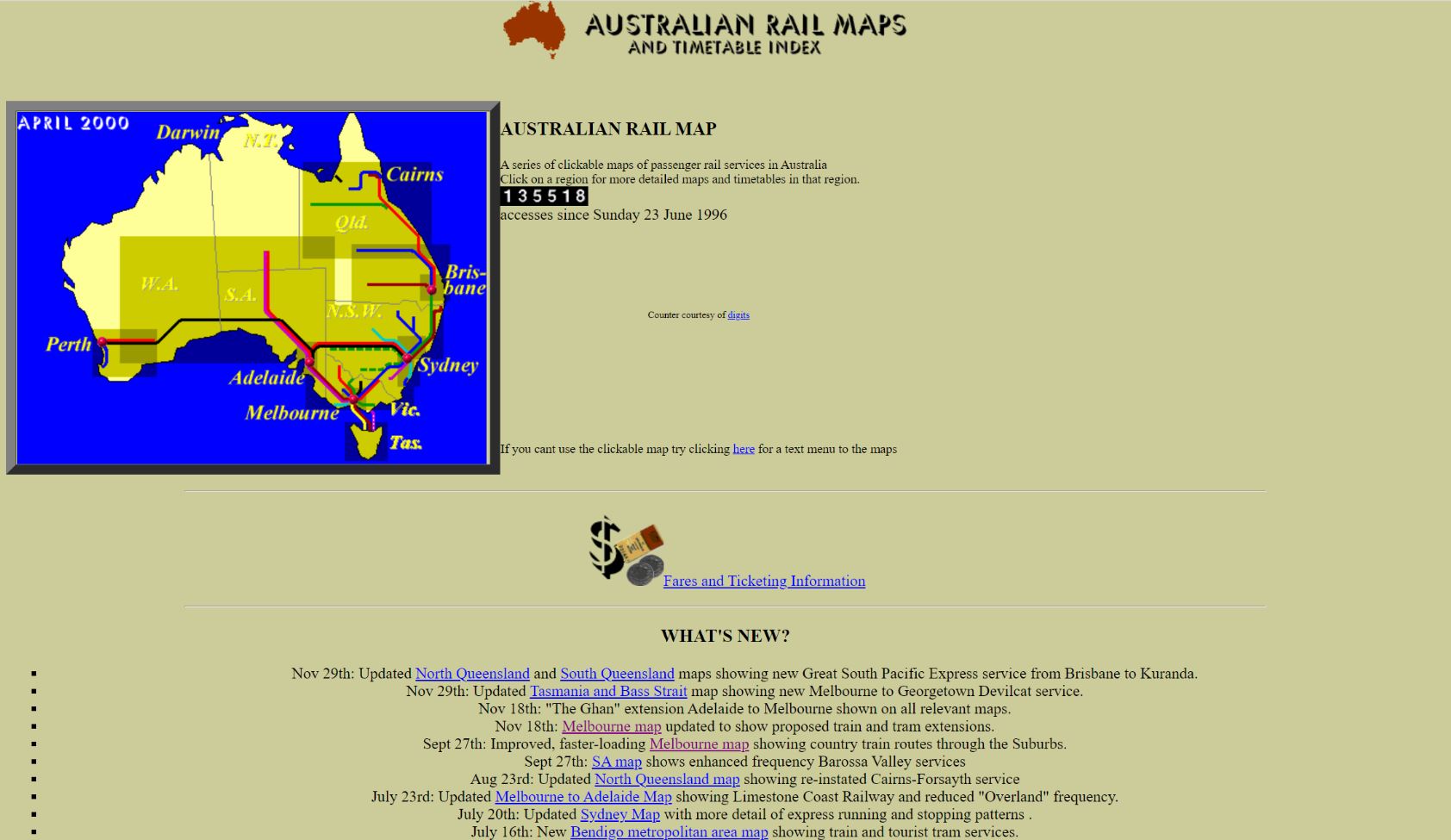 The idea of including multiple modes on a single map was a bit unusual at the time. Even though many cities had some sort of integrated fares and ticketing systems, they still often didn't think of themselves as integrated networks and didn't promote cross-modal connections particularly well. This early version of the Melbourne train and tram map, though crude, set the architecure for the map that still appears on this website today. Note the outer limits of the suburban rail network were still at Broadmeadows, St Albans and Epping, the Wyndham Vale line yet to be even imagined, the lack of trams to Docklands and extensions east of Mont Albert and East Burwood yet to be constructed.

Early versions of the Sydney map had less of the inter-modal connectivity that is seen in Melbourne, but the colours were just as garish but it did have some interesting things in it. Note this is before the airport railway and before the Olympic Park line opened, and way before trains reached Leppington. Also note the Carlingford line is still there, the embryonic light rail is show (noted as opening July '97) and the now-gone Monorail.

Regional routes were broken into a number of geographically separate 'corridors' chosen deliberately to not map to the traditional State by State division of train operators, but rather city pairs that travellers may wish to travel. For instance, Sydney to Brisbane (and inland northern NSW) was shown as a map separate from Sydney to Melbourne which was also separate from Melbourne to Adelaide. The maps seem quite small nowadays, but my recollection is that they just about filled the computer screens of the day, and of course download speed over dial-up modems meant it was important to keep the image sizes small. 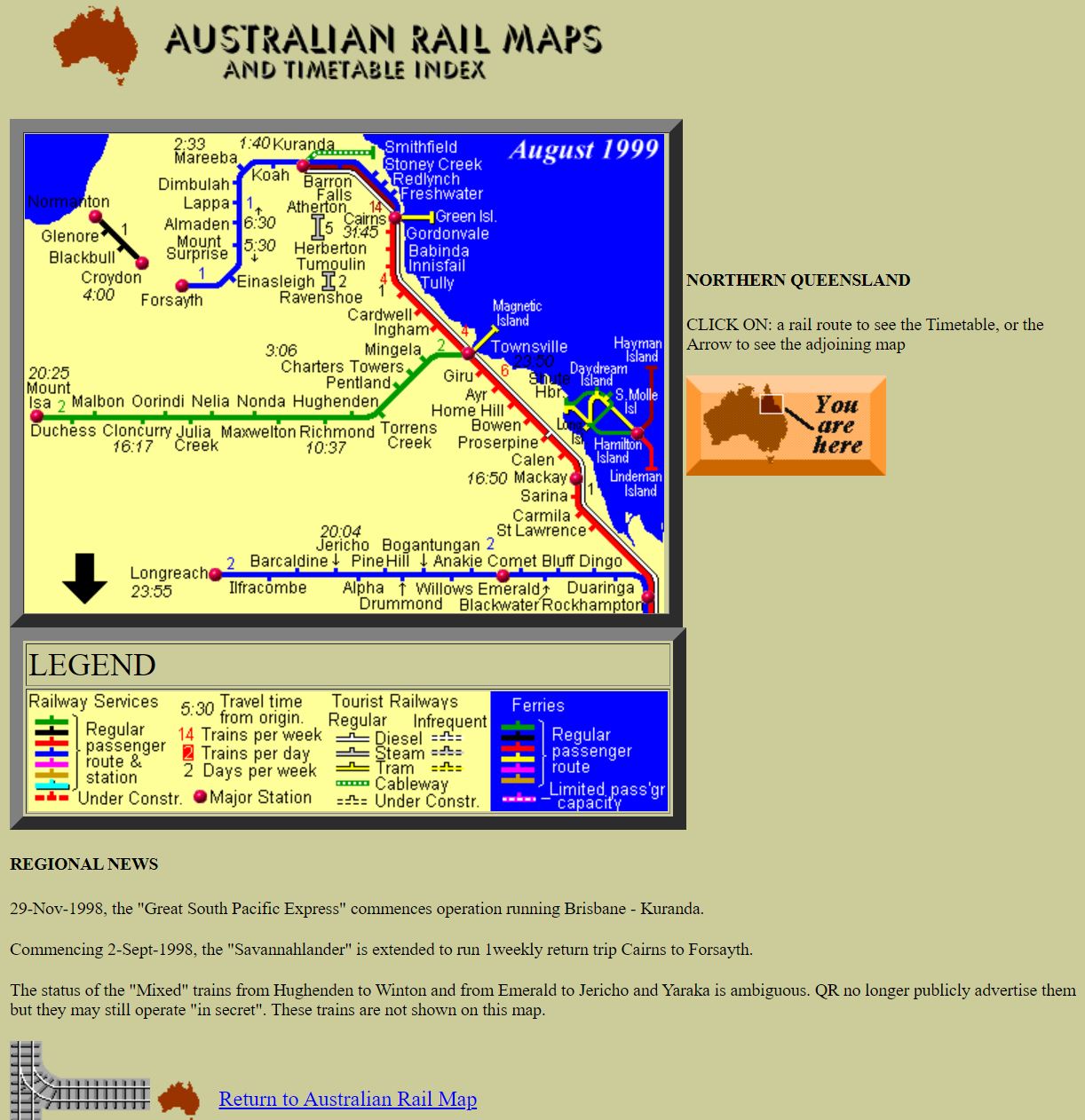 As the maps were refined, the website caught the eyes of various reviewers in print journals (yes that was a thing at the time). Write-ups in the early days included the following:

Network Rail Magazine, April 1997 A colourful site entirely about rail in Australia. The home page features a large map of Australia with links to the greater detail of train services nationally and in major cities. The site directs you to the main rail provider in the State you are interested in and provides links to useful sites with information about each capital city.

Australian Map Circle Newsletter No 80 - March 2000. Excellent site covering the whole country, showing passenger trains, suburban and intercity, ferries, airport shuttles, tourist railways etc, with frequencies, some timetable information and much more. Check out the Melbourne city map for its veritable cornucopia of information. Beats the London Tube map hands down. One of my favourite sites, and frequently updated.

Sydney Morning Herald - Saturday 2nd June 2001This super-helpful and informative hub appears to be the work of a rail transport enthusiast who has put together details of every local and national train service around the country. It's very easy to explore with point and click navigation that provides regional overviews or more localised information. So you'll have no trouble finding what you're looking for - be it suburban services in Adelaide or the twice-weekly rattler in the Gulf of Carpentaria.
Going Commercial:

Australian Rail Maps was formally registered as business in 2003 and in 2004 entered into partnership with Hema Maps to publish a hardcopy national rail map.

Hema Maps celebrated the opening of the Alice Springs to Darwin railway by publishing their wonderful 'Rail Journeys of Australia' fold-out map and they printed railmaps.com.au maps on the reverse. Rail Journeys of Australia was acclaimed around the world and was awarded the International Map Trade Association's 2004 prize for Best Map in the World. A second edition (ISBN 9781865002620) was published in 2007. 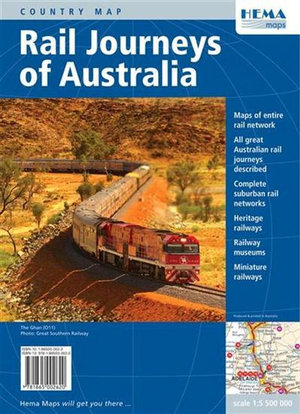 Royalties from sales of Rail Journeys of Australia was the business's first revenue stream, but that was just the beginning. In March 2005 the current domain name was registered and in June 2005, the first Google Adsense in-page advertisement appeared. In those days it was all a bit experiemential and just a bit of fun, but it generated actual money, and that has been the case every single day since then. In fact, revenue from online advertising has grown to become the dominant revenue stream today.

Addition of an online database of rail services in 2005 added another dimension to the website: as well as browsing network maps, visitors to railmaps.com.au could now see timetables. At first, timetable data was stored in a proprietary data structure and was limited to just the most significant of long distance routes because all data had to be maintained and edited manually. But when transport authorities started publishing timetables in GTFS format for anyone to use - then that became the source. A free supply of comprehensive timetable data enabled a huge expansion of coverage to not only all suburban train services, but also buses, ferries and everything else.

These days, timetable data on railmaps.com.au is stored in GTFS compliant data structures, and there are regular uploads from (as far as I can tell) every GTFS data source in Australia. Availability of GTFS data is pretty good these days, with the only train services not covered by a GTFS timetable feed the long distance Queensland Rail, Tourist-oriented Journey Beyond 'The Ghan' and 'Indian Pacific' as well as most tourist trains and trams. State-wide supply of GTFS timetable data in NSW, Victoria and Western Australia has been great, and just recently Tasmania has started providing universal coverage, but in Queensland, whilst provincial city local buses are provided, supply of GTFS timetable data does not extend to inter-town bus and train services, and in South Australia there is nothing at all for regional SA beyond Adelaide's Metrocard zone, so there is still some improvement needed. However, we've set up and now maintain in-house GTFS format data feeds for many of those services as well as the handful of private long distance buslines to (almost) complete the picture.

The end result though is a consistent, national set of timetables and maps that covers all trains, trams, buses and ferries nationwide.
It's true to say that transport operators themselves have come a long way since 1996. The information they provide is so much better than back then, and the appearance of smartphones and third party travel planning technology has meant that part of the rationale for founding the website has been resolved. Part of it, but not all of it.

The website is in the midst of a design makeover to make it more mobile friendly, to make better use of all the timetable data sitting in the database and to clean out 25 years of accumulated technical detritus that had started to drag down website performance. There are more enhancements to come in coming weeks and months, so keep watching!

I don't kow what the future brings, but notwithstanding significant impacts on commuting, tourism and travel resulting from Covid, railmaps.com.au continues to attract a healthy number of eyeballs every day. From an annual viewership in early years of around 30,000 per annum, it grew to over 4 million in 2019. Whilst Covid has cut visitor levels to less than half that level, traffic is tentatively returning. The bottom line is that railmaps as a small business continues to turn a profit, and will be around for a while yet. 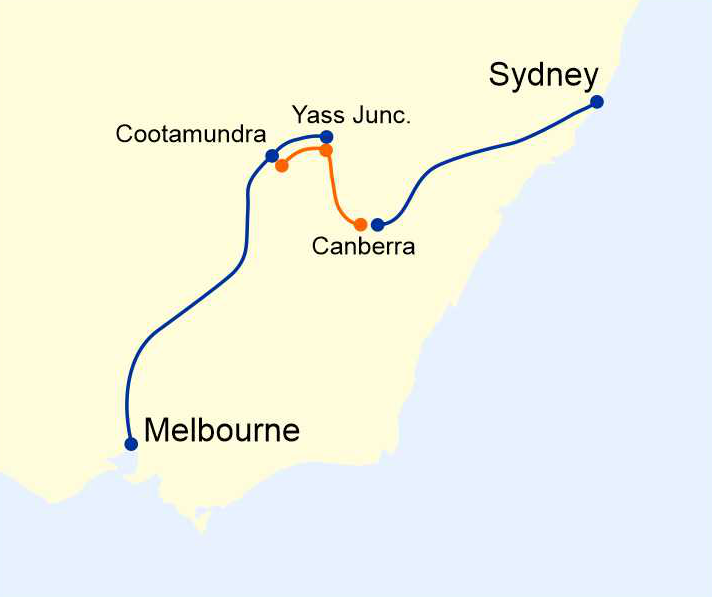 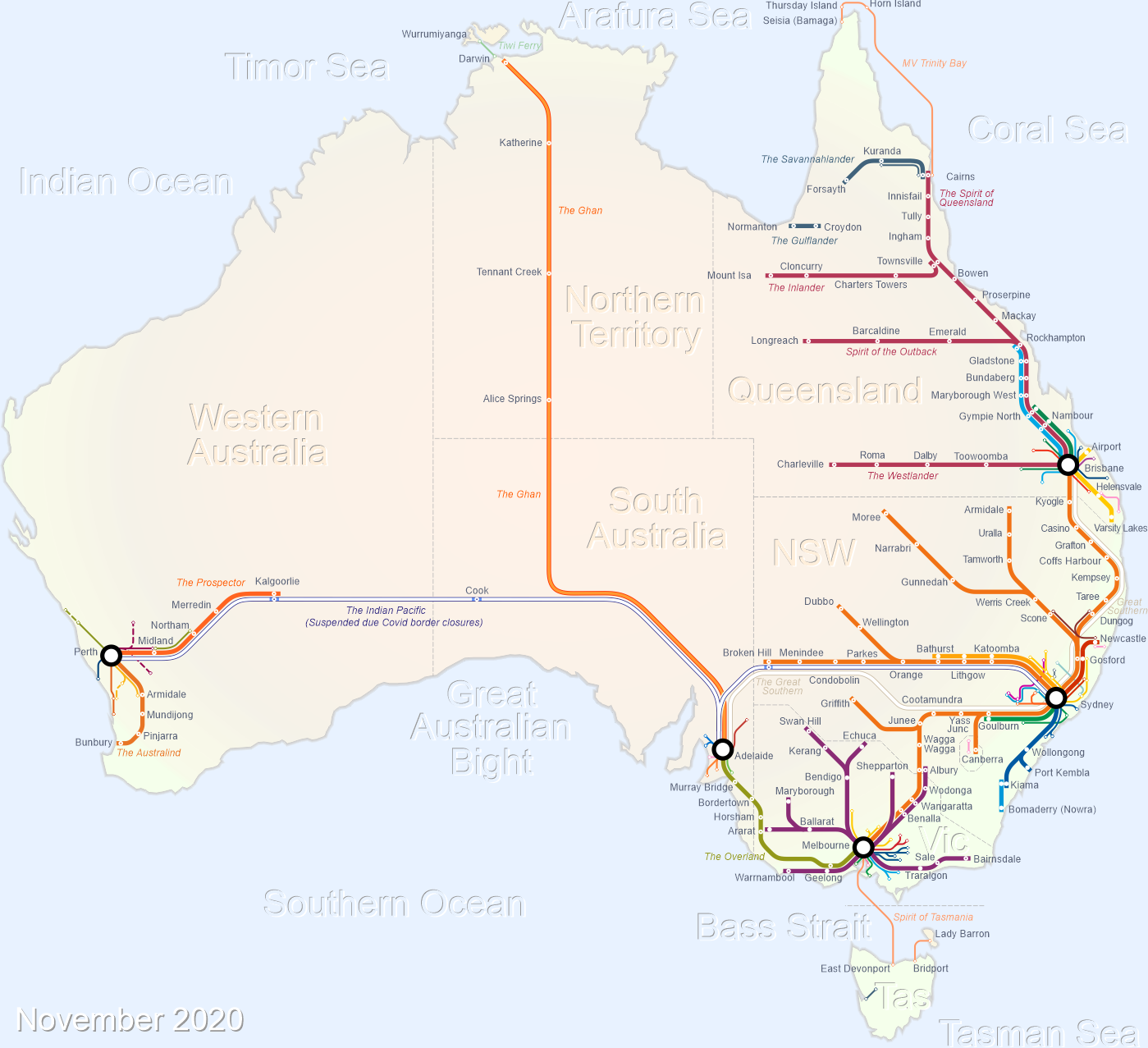 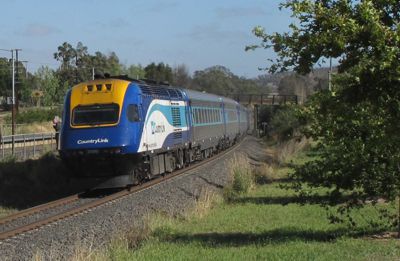 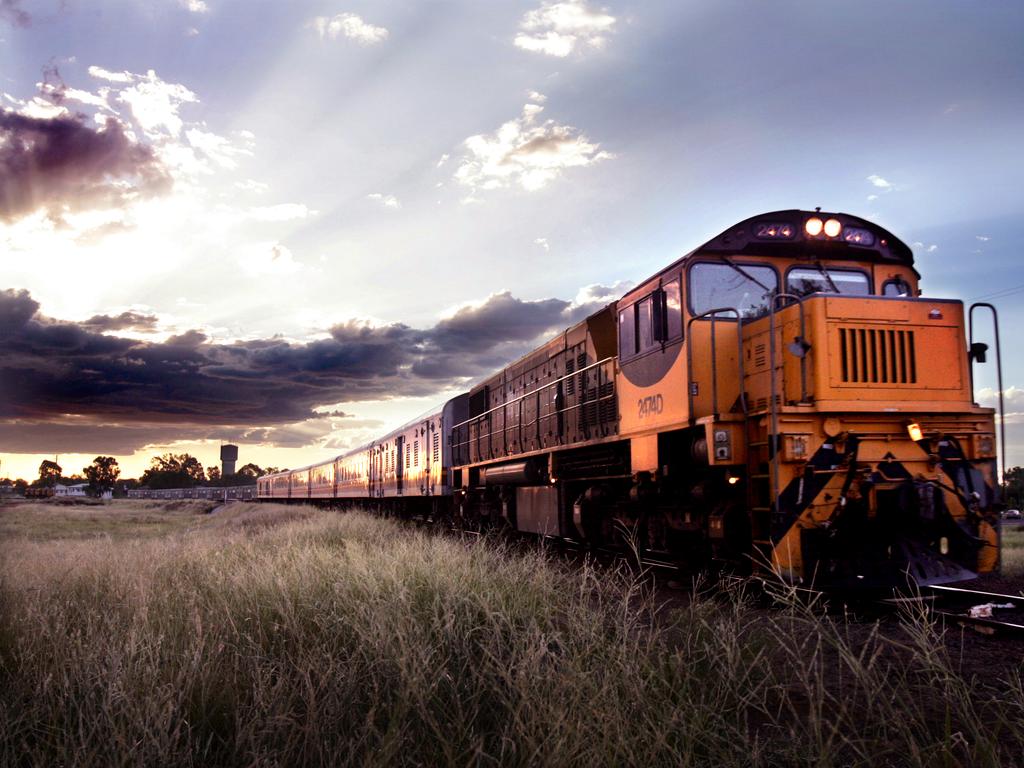 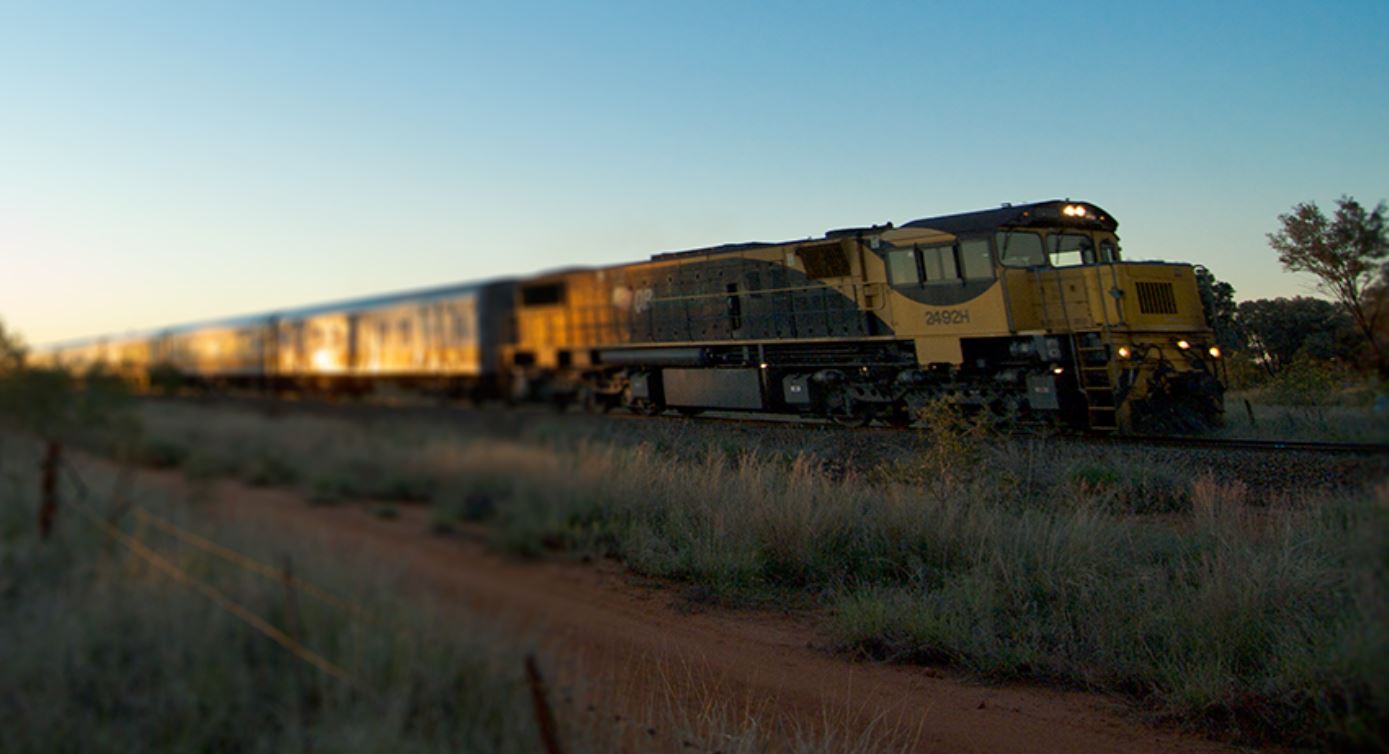 Spirit of the Outback: Longreach 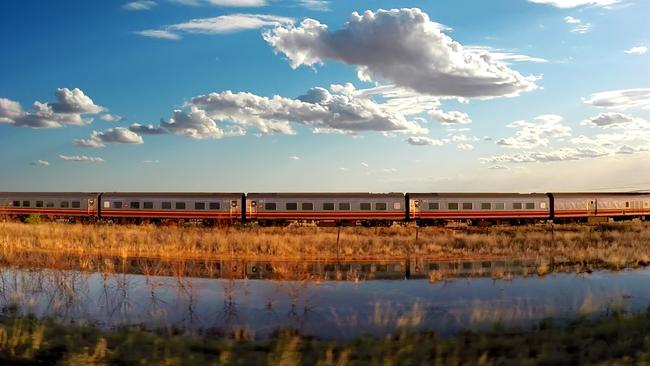 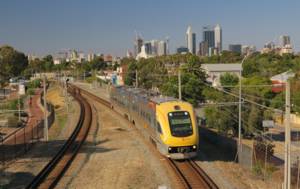 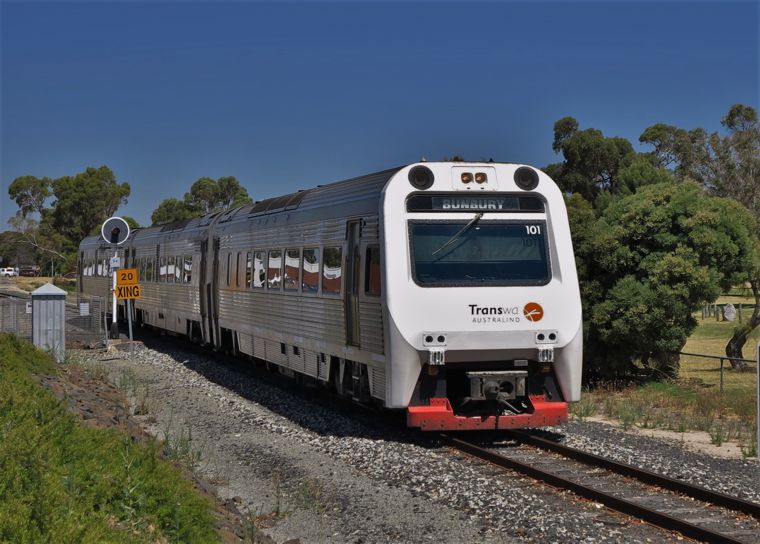 Motorail: Taking cars on the train 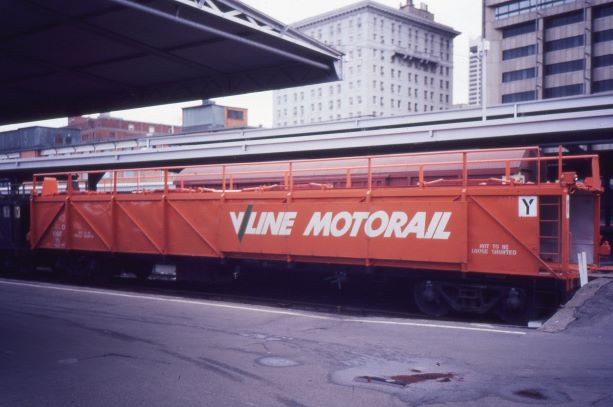 Historic Photo of the Day

Australian Rail Maps is an independent small business. Even the smallest contribution to running costs makes a big difference. Helping to pay for web hosting, data communications and software means we can focus on keeping maps and databases up to date. Every little bit helps, and yes, that really does mean as little as just one dollar..